What You Need to Know About Inflation in 2021 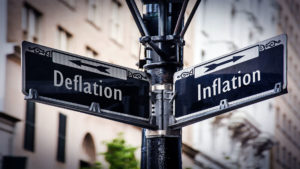 I bought my house in August of 2010. At the time, it seemed like a great deal. Interest rates were low, and residential real estate was still considerably cheaper than before the real estate crash. Nine years later, my home, then around 40 years old, was barely holding its value. I was told it was because home buyers only wanted new homes, and the cost to build a new home was very reasonable due to very low commodity prices.

Fast-forward two years. Despite a deep recession, stock market crash and global pandemic, our home, and every other old home that nobody wanted just a couple of years ago, has risen in value dramatically. Both lumber and copper prices are at record highs. The cost of lumber alone has increased sevenfold since its low a little over a year ago.

On top of rising materials and commodity costs, we are hearing a lot of anecdotal evidence about employers having a very difficult time hiring people for the same wages they were paying pre-COVID. While our government’s economic response to the pandemic was clearly a success, creating the V-shaped recovery that nobody thought possible, it is ending with an extremely strong consumer balance sheet, a wealth effect from a rising stock market and real estate values and many broken supply chains that are leading to inflation concerns.

The Federal Reserve is referring to inflation as transitory, the same language it used when inflation became a problem in 2011.

In 2011, it was spot on. There was simply too much damage from the global financial crisis for inflation to be anything worse than transitory. In fact, for the next several years, the world continued to provide very loose monetary policy just to prevent deflation and another recession, eventually culminating in trillions of dollars of debt with negative interest rates.

Is it possible that the Fed could be wrong this time? It has already indicated it would allow inflation to rise more than usual as it focuses on job loss from the pandemic. Could it be that its continued expansionary policy is the next big misstep?

‘What If Interest Rates Actually Normalize?’

When we examine the history of valuations during different inflationary periods, you can see that we have been in the sweet spot for quite some time. While stock valuations are certainly elevated when compared with most historical periods, one can justify these valuations if we expect interest rates and inflation to continue to hover near all-time lows.

There Is No Alternative (TINA) is what we tend to hear all the time, and there is some truth to this argument. If my crystal ball told me that interest rates would remain near 0% for eternity, I could easily justify paying almost anything for an asset. But what if inflation consistently rises above 2%? What if interest rates actually normalize? 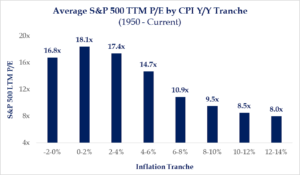 We don’t doubt that the economy over the next several quarters is likely to have record growth. Assuming this is the case, and we have only moderate tax increases, stocks may be trading at less than 20 times 2022 earnings. Not cheap, but justifiable given the current rate environment.

However, what if inflation rises to 4% and doesn’t appear to be transitory, as the Fed suggests? Then, we may have to settle for valuations well below 20 times earnings. This could lead to poor stock market returns regardless of economic activity.

For years, diversified portfolios experienced little to no benefits as FAANG stocks were pretty much the only game in town. Now, there is a good chance diversification will once again matter (like it did after the late ’90s).

As of the end of 2020, the information technology sector comprised over 27% of the S&P 500. Meanwhile, materials and energy, sectors that may benefit from inflation, were both less than 3% of the S&P.

This is certainly not the same tech sector that we saw in the late ’90s. In fact, I would suggest that today’s major tech stocks are somewhat similar to yesterday’s utility stocks. On average, they have fortress-like balance sheets, growing dividends and not all that much economic sensitivity. Because of this, their valuations have risen substantially over the past several years. In large part, this was justifiable, as there didn’t appear to be much else to invest in.

However, what if these formerly beaten-down sectors (we should probably throw financials and industrials into the mix) are the new growth sectors? The S&P has very little exposure to this. Accordingly, you might want to consider an idea that has barely worked for a decade: diversification.

Other Asset Classes to Consider

On top of stock diversification, it may also make sense to consider other asset classes. Treasury bond prices are hurt by rising interest rates, and interest rates typically rise due to an expectation of inflation. Treasury Inflation-Protected Securities (TIPS), on the other hand, benefit from inflation that is higher than expectations. Inflation expectations are already high, so there is a chance that TIPS are fully priced, but with the 10-year breakeven rate at just over 2.5% (the amount of inflation necessary for TIPS to earn as much as treasury bonds with the same maturity), TIPS could still be an exceptional asset class in the event of runaway inflation.

Natural resource stocks also tend to be a good inflation hedge. These investments largely outperformed the broad market during the inflationary period of the late 1960s to early 1980s. We just got through a horrible bear market for these stocks, so there could be more room to run if inflation lasts longer than the Fed expects.

Another possibility is real estate. Residential real estate has been incredibly hot lately due largely to a lack of inventory after new home development slowed down for years following the financial crisis. It could make sense to wait until things cool off just a bit, but investments in real estate investment trusts (REITs) that own rental real estate could make some sense since leases can be adjusted over time to account for inflation. 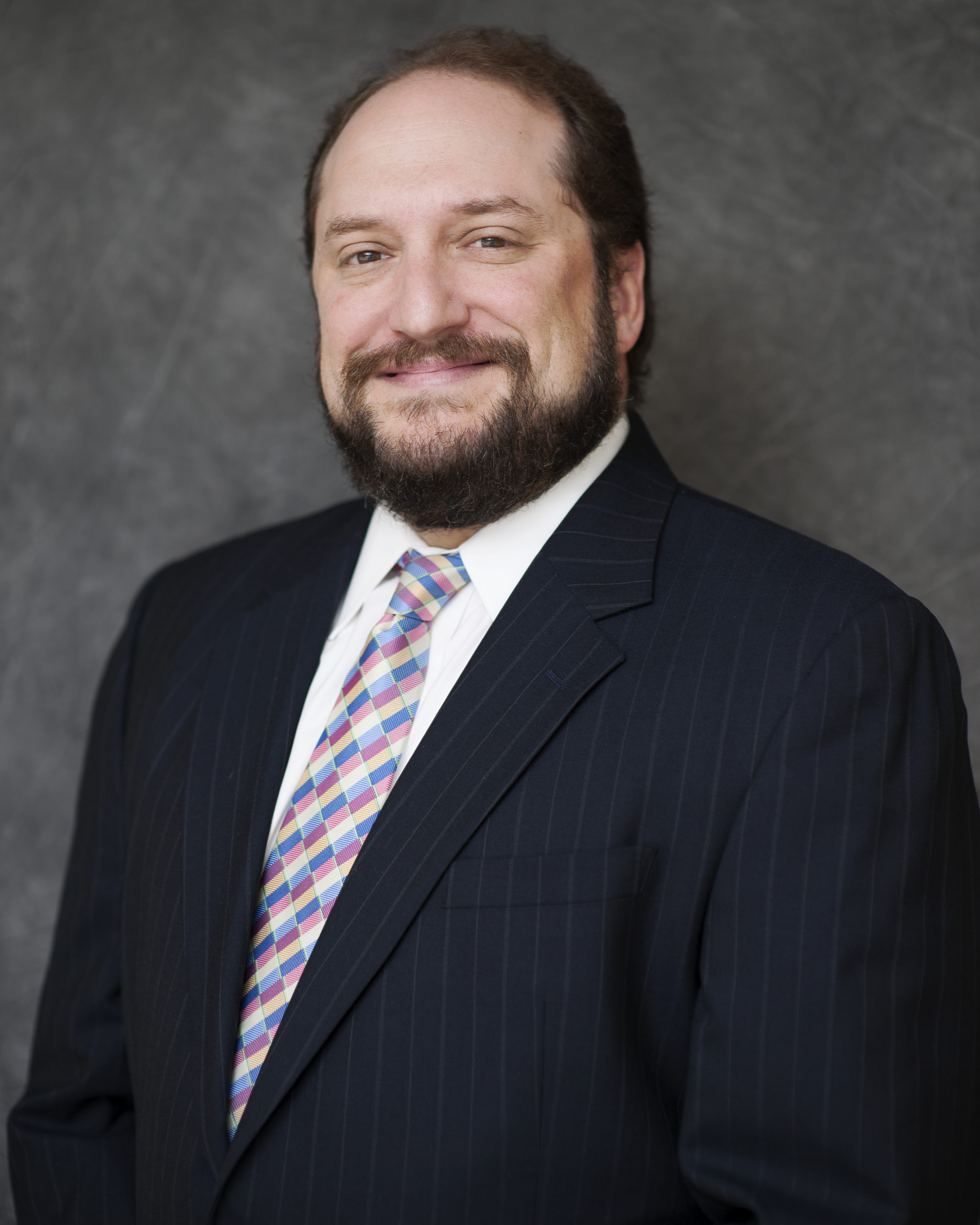 As one of the Directors of Stonebridge Financial Group, Jonathan helps individuals, families, corporations and nonprofits achieve their financial goals through disciplined investment strategies that emphasize risk-adjusted returns and cost and tax efficiency. He works closely with clients to articulate their aims and implement plans to fulfill the objectives formulated by Stonebridge’s investment strategies committee. You can contact Jonathan at (717) 736-7007 or jonathan.freeman@stonebridgefg.com