Emotional Safety in the Workplace – Do You Feel Safe at Work?

Physical safety in public settings has gotten much focus recently due to the increase of mass shootings in the United States. According to the Federal Bureau of Investigation, there were 30 separate active shootings in 2017, the most ever recorded by the organization during a one-year period. In a 2014 FBI study that covered the years 2000-2013, the number of active shooter incidents was 160. As a result, the emphasis for employers and schools has been on improving physical safety via national awareness campaigns (e.g. “See Something, Say Something”), active shooter drills and increased security. While this emphasis is a good measure because everyone deserves to be safe while at work or at school, very little has been said about other forms of safety like emotional safety, which is just as important. In many of those shootings, authorities discovered that the shooters’ motives often focused on their perceived lack of support. People should be in an environment where they feel heard, supported and trusted.

Emotional safety, as defined by the National Center on Safe Supportive Learning Environments, is “an experience in which one feels safe to express emotions, security, and confidence to take risks and feel challenged and excited to try something new.” As a counselor, I would add that emotional safety is a condition in which a person can be vulnerable, open and honest without fear of judgment or persecution. You can be who you are, “your true self,” as one of my graduate professors would say. Emotional safety is essential to the counseling process because the clients must feel safe enough with their counselor to share the deepest parts of themselves. If clients don’t feel safe, progress will either stall or be non-existent. The same can be said for relationships. If you cannot be vulnerable and open with your friends or love partners, you are probably not in an emotionally safe relationship.

Emotional safety falls under the broad umbrella of emotional intelligence or EQ, which refers to the ability to be aware of your own emotions and that of others and base your behaviors, specifically interpersonal interactions, on that awareness. Feeling you are emotionally safe at work is essential for employees to fully actualize their potential. If you feel you can be authentic and that you’ll be supported and heard, you are probably more likely to make contributions that benefit you as an employee and your company as a whole. The Substance Abuse and Mental Health Services Administration, or SAMHSA, addresses emotional safety and EQ in depth on its website and possible work outcomes with a favorable environment. Some of those outcomes include: increased job satisfaction, greater productivity, more effective handling of workplace conflict and higher employee morale. SAMHSA indicates 80-90 percent of workplace competencies are not cognitive, meaning a greater emphasis on intra- and interpersonal interactions.

I’ve worked in various for-profit and nonprofit environments in my life, and I can personally speak to the challenges employees can face if they don’t feel they can be real. Two experiences immediately pop into my mind. In the first one, I was working at a nonprofit for a person whom I shall describe as difficult. She did not create an environment in which I felt I could ask questions or offer comments. It was very much a “my way or the highway” type of atmosphere. One day, a man in some sort of mental distress entered our office. In hindsight, I now realize he was showing signs of schizophrenia. My boss was talking with her boss when the gentleman walked in and they began engaging him in conversation. They began to make jokes and comments in such a way that indicated they were making fun of him. He was too oblivious to notice, but I did. I did not have the courage to speak up to their mistreatment and tried to do what I could to help. After he left, they continued to laugh at him.  I felt like crawling under my desk.  I’ve since taken responsibility for my lack of action, and I’ve often wondered what could have happened had I felt emotionally safe enough to address the situation. Had I felt more empowered, how would that situation have changed?

In the second instance, I was working as a journalist and the company for which I worked was huge, but had a small-town feel. Everybody knew everybody else, and gossip reigned supreme. I tried my best to stay out of the fray, and for a time, that was easy to do because I was working crazy, 12-14 hour days. Then I was promoted and found myself staying in the office more, exposing myself to constant conversation about anything and everything. The office wasn’t emotionally safe, and it didn’t take me long to realize that if they were talking about everyone else, there’d be nothing stopping them from talking about me. So, the less information I provided, the less likely I would become a target. The environment contributed to my stress load.

Since those experiences, I’ve had the good fortune to work in places that were quite opposite to the two environments stated above. I’ve learned how to assess whether a workplace is an emotionally safe environment. Here are some useful signs I’ve noticed:

Supportive and Communicative Leadership: Leaders who possess these qualities are confident enough in their own abilities to allow for their employees to share triumphs and challenges. They have an open-door policy when it comes to communication and are not threatened by questions. They provide sound reasoning for decisions other than the typical comment, “Just do it because I told you so.” They root for their employees and push them to grow. Leaders lead by example and don’t hesitate to do themselves what is being asked of employees should the task require them to do so.

Zero Tolerance for Gossip: An environment in which you’re afraid to express yourself for fear of being the hot topic at the office water cooler is one that is emotionally unsafe. Talking about people behind their backs is just not nice. Gossip destroys trust between employees and leadership. If you have an issue with someone, follow your employer’s protocol for conflict resolution.

High Degree of Positive Interpersonal Interaction: Do people greet each other in a warm and friendly manner? Do people encourage each other? Does the office engage in team-building or similar activities? If you’ve answered yes to those questions, then you’re most likely in an emotionally safe environment. In most of the places I’ve worked, including where I am now, there has been a high degree of employee morale because people took the time to treat each other like human beings. They found time to have fun while working. If you like and enjoy the people with whom you work, you will feel safer opening up to them and showing your true self.

High Degree of Mindfulness and Sensitivity: We each have our own struggles, and you just never know what challenges someone has faced. You should keep in mind that you don’t completely know someone’s story, which may include traumatic incidents, and an emotionally safe workplace is sensitive to that by encouraging mindful communication. That means being careful with humor, which carries the high risk of offending someone. It also means zero tolerance for comments and behaviors that indicate harassment, sexual or otherwise.

Easy Access to Community Resources: Does your office have an Employee Assistance Program (EAP)? An emotionally safe environment promotes the mental and emotional well-being of its employees and having an EAP accomplishes that goal.  An EAP is a voluntary, confidential and solution-focused resource for employees to use who are struggling with mental or emotional concerns related to their work or personal lives. Some EAPs are provided in-house while others are provided by a third party. Typically, there are limits on the number of counseling sessions offered before a referral is made to another resource. EAPs aren’t meant to be a permanent solution but rather a bridge from the crisis to a workable resolution.

American psychologist Abraham Maslow created a pyramidical “Hierarchy of Needs” that outlined certain requirements that humans need to have met before they can achieve their fullest potential. The lower the need is on the pyramid, the more basic and essential the need. Safety is listed as second to the bottom. If you’re in a place where you feel safe, encouraged, needed and supported, you will feel freer to express yourself, take risks, make contributions and help others. And that is an employee benefit we could all use. 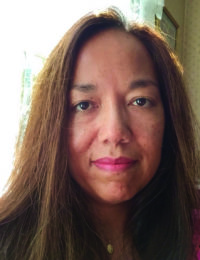 Lori Peters is a National Certified Counselor, Certified Clinical Trauma Professional, and writer who works as an outpatient and school-based counselor for TrueNorth Wellness Services. You may contact her at lpeters@truenorthwellness.org. TrueNorth Wellness Services is a trauma-informed care agency that has been providing our communities with Counseling Services, Residential Services, Autism Services, Emergency Crisis Services, and Education and Prevention programs. For more than 40 years, TrueNorth has been inspiring hope and healthy living through behavioral health and wellness services one person at a time.