On September 24, 2019, after several false starts and a court injunction, the U.S. Department of Labor released the new FLSA regulation increasing the salary threshold for the so-called “White Collar” or EAP or “541” Exemptions. The “White Collar” Exemptions allow an employer to avoid payment of overtime to an employee making or exceeding a specified salary level if the duties of that employee involve certain high-level functions. White collar exemptions are generally available for those employees in otherwise non-exempt industries, who fall within the FLSA regulation’s description of Executive, Administrative or Professional employees. Highly-compensated employees and Computer employees, as defined by the FLSA, fall within special provisions of the FLSA, but those exemptions are not available under all state laws including the Pennsylvania Minimum Wage Act. If an exemption is not applicable to an employee, an employer is responsible for paying 1.5 times an employee’s regular rate of pay for hours worked in excess of 40 in any individual workweek.

Currently, the FLSA salary threshold for these White-Collar exemptions requires an employer to pay an employee a minimum salary of $455 per week. The new regulations will increase the salary threshold amount to $684 weekly effective January 1, 2020. On an annualized basis this amounts to $35,568. The new federal regulation also allows a Minimum Guarantee Plus Extras. That means that an employee can be paid more than his/her salary amount of $684 weekly, without losing the salary exemption even though that increase varies the amount she/he receives weekly. For example, there can be extra pay for extra hours worked or as a productivity bonus paid in a workweek in addition to the salary amount.

Furthermore, the exempt employee’s total compensation may include commission, nondiscretionary bonuses or other nondiscretionary compensation, but excludes medical insurance payments for life insurance, contributions to retirement plans and the cost of other fringe benefits. However, these extra payments can only be used to satisfy 10% of the salary threshold amount even if the extra payments exceed that amount. Remember that even if the new salary threshold is reached, the employee must still meet specific duties tests in order for the employee to be classified as exempt from overtime.

Highly compensated employees meeting a single duties test and a salary threshold of $100,000 had been exempt under the FLSA.  That salary threshold has now been increased to $107,432 for federal purposes. Again, Pennsylvania does not recognize this exemption.

If an employee is paid on a fee basis, the amount paid will be tested against the time worked on a particular job to determine if the equivalent of a $684 per week threshold is met.

The newly promulgated regulation has special provisions for the motion picture producing industry, a $455 threshold for the Commonwealth of the Northern Mariana Islands, Guam, Puerto Rico and the U. S. Virgin Islands for employees other than federal employees, and a $380 threshold for American Samoa.

Bottom Line: The regulation is expected to fundamentally impact 1.3 million workers nationwide. Unlike earlier proposed federal regulations, including the previous final regulation which was enjoined by a federal court, and a pending proposed Pennsylvania wage and hour regulation, this newly promulgated FLSA regulation does not include an annual escalator clause to further increase the $684 salary threshold after 2020. 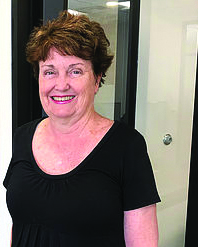 Kathy Speaker MacNett, Esq. is a Managing Member of SkarlatosZonarich, LLC, concentrating her practice in management-side labor and employment matters. She has advised a large array of public and private sector clients. She can be reached at ksm@skarlatoszonarich.com or (717) 233-1000.