Renovation and energy reduction projects begin with great intentions and often end in aggravation and, potentially, a sick building due to the unintended consequences of not “right sizing” the HVAC systems as a part of the overall design.

It started off easily enough; the office was long overdue for a renovation and it seemed logical to hire professionals to provide a holistic update to the offices. The first step was to improve the insulation properties of the building’s skin. The architect selected a new window wall with a thermally-separated frame, double-pane / low-emissivity glass and interior shading. The aging black rubber roof was removed and, after adding another few inches of insulation, a new white EPDM surface was installed. The company was delighted that this new energy efficient shell was going to lower their carbon footprint and meet their increasing desire to be considered environmentally conscious.

Of course, the new space renovation didn’t stop with the skin; working with a lighting vendor, the interior designer selected new energy efficient LED fixtures that met the foot-candle requirements for the new aesthetic. And, since more of the staff was able to work flexible hours and were no longer constrained to the office, the interior design company was able to increase the square feet per person, providing a much nicer open feel. The new space was going to make a statement to the staff and clients that this was a forward-thinking company.

Part of the project was replacing the ceiling and the interior design called for new diffusers to complete the edgy high-tech image the client wanted. In the process of coordinating the diffuser replacement with their HVAC contractor, Low First Cost Service Inc. (who had just replaced the rooftop HVAC units a couple of years ago), recommended adding demand control ventilation to further enhance the energy savings. Having just installed this control scheme on a new office building, the contractor explained that it was comprised of carbon dioxide sensors and controls that would raise and lower the amount of fresh air delivered to the space depending on the number of occupants. They were positive if it worked for the new building it would work here. The theory was that outside air requires a lot of energy to condition to the space temperature and minimizing it when it wasn’t required by the occupants was the “green” thing to do. Of course, this too was added to the plan by the well-intentioned client.

After several months of phased work and inconvenience, the project was complete and the patient staff moved into the new space; it was everything they hoped. The new interior design made sense with the workflow and the new “look” made a progressive statement. It was everything they wanted to do and convey…except there was a problem.

Despite the great looks and improved workflow, the staff complained about the working conditions. The office was either too warm or too cold, it had a dank odor, the copier was jamming incessantly, and it was often described as “like working in a cave.” What was wrong? The HVAC units were practically brand new, so that couldn’t be it and the building’s shell was tighter than ever; so, what was the cause?

It was obvious to the client that the only thing that had changed with the HVAC was the new demand control ventilation. Low Cost Service was called in and they spent weeks “tweaking” the controls to no avail. Finally, they removed the CO2 control entirely and returned the units to the original condition. The muggy conditions worsened. Technician after technician tried new approaches to the solving the problem by moving thermostats, lowering the space temperature, raising the space temperature, adjusting the refrigerant charge, but nothing seemed to work. Why? Because it was no longer the same building it was a couple of years ago when the HVAC equipment was replaced.

The well-executed, energy saving strategy of drastically improving the building’s skin combined with the new energy efficient lighting and lower occupancy resulted in much lower overall building heat load. The existing equipment was now oversized. “But why is this an issue? At least they weren’t undersized and unable to keep up, right? There are lots of buildings that just can’t seem to stay cool on the hottest days, so being oversized must be a benefit, right”? Wrong.

The trick to maintaining a dry comfortable space is maintaining a stable low coil temperature consistently. This cold coil allows the water to condense out of the air which is necessary to maintain the dry space conditions needed for client comfort and, interestingly, good copier operation as well! The space temperature is then controlled by varying the air flow to meet the cooling demand (i.e. Variable Air Volume (VAV) systems), or via the energy inefficient re-heat system which maintains the air volume and raises its temperature to meet the space demand.

While certain systems, like those providing chilled and hot water to central station air handlers, can more easily adapt to situations like the one described above, unitary equipment cannot. Since unitary, or packaged, HVAC equipment, is found on most commercial buildings, this scenario is a common one. In the case of this building, the of-the-shelf rooftop units were meant to handle a much higher cooling requirement and, because these systems predominantly offer only one or two steps of capacity control, they do not have the infinite variability necessary to keep the coil cold all the time while keeping the space at the desired temperature.

In order for the standard unitary system to keep the space at the desired temperature setpoint, the unit must cycle the compressor (the cooling “heart” so to speak) off. And, because stopping and starting compressors is damaging to them, these systems have a forced “off” period before the compressor can turn on again. This on / off cycling of cooling causes the space temperature to seesaw and the inability to maintain a cold coil causes the humidity to rise. The typical result is a space that cycles above and below the comfort level while remaining humid, thus the “cave” environment – which also increases the chance of mold growth.

What’s the answer? The obvious first choice is to replace the equipment with something engineered to work in the new conditions. Many systems are available today that offer an acceptable level of space condition control while still being economically viable around the unitary price-point. If replacement of the system is not an option, there are certain circumstances when the addition of special refrigerant controls can be applied to standard unitary equipment to “false load” the system thus keeping the compressor on and the coil cold. Other options can involve eliminating other stages of control (turning off a compressor) or rezoning the system to handle more physical office space and eliminating the need for a unit altogether. In all these circumstances, it is critical the HVAC service contractor has the technical knowhow (preferably inhouse engineering) and experience to deliver a final product that meets the client’s needs while being sensitive to budget.

The office renovation described above is the perfect storm, but any one of the modifications mentioned to the building’s skin or interior could result in an oversized system. What’s the takeaway? CCIM Institute lists HVAC comfort as one of the top criteria in selecting office space so it makes sense to choose a quality HVAC partner that has the responsiveness and technical aptitude to solve problems quickly and provide advice on future initiatives. Choose wisely. 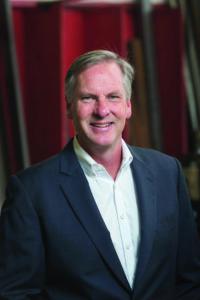 James C. Mooney, PE, LEED AP is President and CEO of Enginuity LLC. He has been involved in mechanical service, contracting, sales and equipment application since 1982. He is a Professional Engineer, LEED AP and holds an HVACR Masters License in Maryland. He sits on several local boards and is involved with numerous charitable organizations. Contact him at (717) 796-9226 or Jmooney@enginuity-llc.com.