“Did you hear about Smith’s title company? They received a phone call from their client saying that the client had switched banks and therefore the wire had to be sent somewhere else. They did it and sent $75,000 to fraudsters.”

Unfortunately, this isn’t a fictitious story. The title company name has been changed, but the scam was real. The company received a funds transfer agreement from their real sellers, but then received a phone call saying they had to change banks due to a relocation. The title company did the right thing and asked for a new form to be completed and sent it to the email address given to them over the phone. The seller from the phone call filled it out and sent it back. The phone call and the second form were both phony. Because the title company did not have cyber insurance, they lost the $75,000 and their E&O insurance.

Criminals and fraudsters are becoming bolder and more sophisticated in their schemes, resulting in an increasing rate of victims. The FBI’s 2017 Internet Crime Report stated that in the real estate/rental sector alone there were more than 9,600 victims who lost an accumulated $56 million. The type of fraud with the highest reported business losses globally in 2017 was Business Email Compromise, also known as Email Account Compromise, with losses totaling more than $675 million. The report also noted that Pennsylvania ranked fifth in the number of reported victims of Internet fraud in 2017.

These scams often start with the criminal finding a weak link in a personal or business email account or using phishing techniques to obtain personal information. The victim can be any member of the real estate transaction — the agent, buyer, seller, mortgage lender, attorneys, and/or the title company. Once the fraudsters have compromised the email account, they typically sit and watch. They monitor the conversations back and forth and wait for the perfect time, usually toward the end of the transaction when communications pick up pace and it is easy to slip in without anyone noticing. They will either use their victim’s actual email account or they will create a fake account closely resembling it. They will copy everything from the email account including the signature line, addresses, and logos. Sometimes they will even provide a phone number to confirm the last-minute change, but it goes right to the criminal. Their goal is to get your money into their hands as soon as possible after settlement and it usually works.

It is not just title companies that are the victims; it could be your client as well. An example is a couple in Colorado who lost their life savings during the purchase of their retirement home. The couple sold their previous home and planned to use the $272,536 in proceeds as a down payment. Somewhere along the line, the hackers gained access to the accounts of someone in the transaction and the couple received an email with instructions on wiring the down payment in preparation for the settlement. In the lawsuit that followed against the mortgage lender, the real estate agent and mortgage broker alleged that “during the negotiation, inspection, and closing process, the defendants routinely sent sensitive financial information through non-secure email, violating their own and industry guidelines.” The money was never recovered from the scammers and the resolution between the defendants and the plaintiffs is unknown.

Is there a solution to this problem that doesn’t involve hiding under our desks? The hard answer is no. While the FBI and other state and local organizations have increased their efforts to take down the cyber hackers, the hackers seem to be one step ahead, using technology and industry knowledge to their advantage and making it harder to stop the fraud scheme once it starts.

As an industry, we need to use a mixture of common sense, due diligence, and some simple technological enhancements to protect ourselves. Here are a couple of suggestions from the FBI to mitigate the risk of being scammed:

If you believe you have become the victim of wire fraud, it is important to report the fraudulent wire transfers to both the sending and receiving banks as soon as possible after the transaction. It is also imperative to contact the FBI and report the transaction to the FBI’s Internet Crime Complaint Center at www.ic3.gov. Once 72 hours pass, the chances of getting the money back are slim to none.

On June 11, 2018, federal authorities announced a major coordinated law enforcement effort to disrupt international Business Email Compromise schemes that were designed to intercept and hijack wire transfers. Called Operation WireWire, the six-month maneuver culminated in 74 arrests, with 42 in the United States. The operation resulted in the disruption and recovery of approximately $14 million in fraudulent wire transfers.

Even with this coordinated effort, all indications are that this fraudulent activity is far from over; in fact, we will most likely see an increase in the future. Recently, a new scam alert was sent from an underwriter where the criminals intercepted a request for a payoff. They sent the unsuspecting title company a payoff on bank letterhead saying that they would only accept wired funds for payment. After settlement occurred, the title company wired the funds expecting a satisfaction to be filed in the courthouse. A month later, the seller received a notice of payment from the mortgage company and contacted the title company, but by that time the money was long gone with no chance of ever being recovered.

Fraud is an issue that impacts everyone involved in the mortgage process, but by being proactive and making wire fraud a hot button issue in the industry, we can protect our colleagues and clients from suffering unimaginable losses. 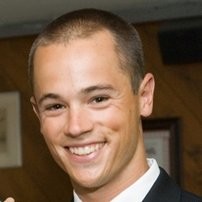 Ryan P. Mellinger, Esq. earned his law degree from Widener University in 2011. He joined a private practice for two years until he opened Prime Transfer, Inc. in Lancaster in 2013. In 2017, he expanded the company and opened a second location in Lemoyne. Prime Transfer, Inc. is an independent title company that prides itself on being very competitive in the local markets with a large emphasis on good customer service. For more information visit www.primetransfertitle.com.