Investor rights are in a state of confusion in Pennsylvania and beyond. They have been so for about a year. As a result of executive actions in Pennsylvania and by the federal government, property investors assume they are unable to evict tenants. Landlords fail to pursue their remedies in court because they have been led to believe that all evictions are now illegal. Clerks in various filing offices refuse to accept eviction related paperwork for the same reason. Even some landlord advocates have wrongly advised their audiences that evictions are on hold in certain jurisdictions or statewide.

The law has changed often over the past twelve months, adding to the uncertainty. Notwithstanding the changing law and the misleading advice, eviction remains a viable remedy for investors who need to follow this course of action. While I always recommend eviction only as a last resort, eviction has proven to be necessary in enough cases over the years that the loss of this remedy would be devastating to the housing industry.

The CDC has created a process that raises more questions than it answers. The CDC makes a “declaration” form available on its website. The form states that the tenant has suffered economic consequences from COVID-19, has attempted to keep paying rent, and shall be forced into a more crowded situation if he is evicted. Many landlords respond by arguing that that these statements are false – especially where the tenant was in default before the pandemic. Such arguments do almost no good. Local jurisdictions have taken the position that court personnel such as judges and constables are not going to examine the truthfulness of the declarations. Dauphin County Pennsylvania made such policy into law via a court order on September 11, 2020. Instead of arguing against the declaration during the eviction, landlords must seek prosecution by the local U.S. Attorney’s office. This option is generally viewed as meaningless.

The CDC moratorium carries criminal penalties for those who evict in violation of the moratorium, including fines of up to $500,000 and imprisonment. These penalties have had a chilling effect on court administrative personnel to the point where they will expand the moratorium beyond its own terms.

In each of the above cases, a landlord or his attorney can correct the situation by pointing out that the moratorium does not apply in that particular case. I have personally seen court personnel immediately abandon their attempts to stop cases when the inapplicability of the moratorium is raised. But the landlord must be prepared in advance and understand when the moratorium applies and when it does not.

All courts in Central Pennsylvania have interpreted the moratorium to apply only to cases of unpaid rent. When a tenant commits lease breaches other than failure to pay rent, it is possible to evict the tenant even if the tenant provides a CDC declaration. The Dauphin County Court specifically set forth this policy in its Order of September 11, 2020. Other counties such as Cumberland and York follow the same policy without setting it out in an order.

This exception for nonrent breaches means that most eviction cases can go forward, provided that a landlord knows how to proceed. The first thing that every landlord must do is carefully examine the lease in order to identify the full extent of the tenants’ responsibilities. Most landlords have historically not done this before filing for eviction because other lease violations seemed to be moot at that point. But those violations were never moot even before the recent moratoriums. A landlord was always required to prove nonrent violations in order to obtain an order for simple “possession” instead of an order giving the tenant 10 more days to pay the rent. Experienced landlords refer to these two possible outcomes as “straight possession” versus “pay and stay.” That distinction was not crucial if the tenant could not pay the arrears within the 10 days. But today, nonrent violations could make the difference between the landlord retaking possession or seeing the tenant occupy the premises without paying rent.

Many lease clauses are often forgotten despite their importance. There are “no pet” clauses, “no smoking” clauses, bad check clauses, maintenance and cleanliness clauses, noise and disturbance clauses, and renter’s insurance clauses. Renter’s insurance is particularly important because the tenant’s liability clause will reimburse the landlord in the event of fire damage. Small fires are relatively common.

In addition to reviewing the lease, landlords should exercise their right to inspect their units upon reasonable notice. Such inspections are more important given today’s legal climate. When a landlord knows his lease and visits the property, he may find that the tenant is in breach of the lease in more ways than simply failing to pay rent.

All of these violations become crucial when a landlord fills out a complaint at the local district justice office. The landlord needs to list those violations in section 5 of the complaint. The rent claim appears higher in the complaint form, but section 5 should not be ignored any more. If section 5 is left blank, the landlord will be vulnerable to the CDC moratorium.

In my experience, judges are more conscious now of the possibility that lease violations will be added to section 5 solely for the purpose of avoiding the moratorium. I do not recommend adding violations for this purpose. The landlord should list violations only if they are substantial and cause actual harm. The best way to pursue these violations is to act on them soon after they are committed or discovered. Judges are skeptical in cases where a violation has been ignored for a lengthy period of time. Acting on violations early requires the landlord to be more diligent in operating his properties and more proactive in enforcing the rules. The landlord should not allow violations to continue simply because the rent is getting paid.

Because many landlords have not always enforced the lease for rules violations, judges often do not understand how such a situation emerges. A pattern of rules violations often develops over many months or longer. Landlords prefer to work with a tenant when violations are few until such time as the violations become intolerable. But landlords have to make this scenario clear to the judges if the landlords are to enforce their leases and avoid tremendous out-of-pocket expenses. The only way to create this understanding is to complete section 5 and raise the issue in court whenever it is necessary. Section 5 is a neglected tool that has atrophied through disuse. It will take time to reestablish this tool so that the landlords might enforce their entire lease instead of simply pursuing rent.

Some MDJs understand that an expired lease cannot be the subject of a CDC declaration. They will not stop an eviction when the lease has expired even if a tenant submits a CDC declaration. Expired leases thus allow the landlord to bypass the entire issue of lease violations. Not every judge takes this position. All of the Dauphin County judges apparently agree that a tenant cannot stop the eviction with a CDC declaration if the lease has expired (Harrisburg City is a separate issue due to separate legislation discussed below). In York County, the issue is not so clear. Some judges in York County take the opposite position as the Dauphin County MDJs, holding that expiration of the lease would not prevent a tenant from using a CDC declaration to remain in the premises. I have personally witnessed some York MDJs agree with the Dauphin County position and treat the expiration as dispositive regardless of any COVID related issue.

Enough judges will view an expiration as removing the case from CDC consideration that the landlords may want to rethink their leasing process. Many landlords use a one-year lease that turns into a month-to-month lease automatically at the end of the first year. Landlords might want to consider using a month-to-month lease from the beginning so that the CDC moratorium is less of an issue (depending on the jurisdiction).

A big problem occurs when the tenant waits until after the hearing and presents the CDC declaration to the constable on the eve of eviction. The constable, not knowing the basis for the possession order, will simply refuse to evict the tenant. There is nothing for the landlord to appeal since he won the case 10 or 20 days earlier. The MDJs role in the case is now over since he has already made his decision. The only solution to this scenario is for the landlord and the MDJ to anticipate this possibility during the hearing. If the landlord asks the MDJ to make a notation in the file that this particular case is not a CDC case due to lease violations or lease expiration, then the constable will have some guidance when the tenant presents the declaration to the constable 20 days later. I have seen MDJs initiate this solution in order to avoid the scenario of the after-submitted CDC declaration.

The City of Harrisburg adopted its own moratorium in December 2020. That moratorium mirrors the results of the CDC moratorium in most respects. Specifically, a landlord is permitted to evict a tenant for lease violations unrelated to rent. But the ordinance specifically prohibits evictions based solely on the expiration of the lease. The Harrisburg moratorium does not depend on the tenant submitting an affidavit. Following this ordinance, some Harrisburg MDJ offices initially refused to accept any landlord-tenant complaints. These refusals were initiated by clerical personnel instead of the judges themselves. They later reversed themselves and accepted complaints. Evictions continue in the City of Harrisburg. The Harrisburg ordinance has been extended at least once and will likely be extended again.

Do not wait for any moratorium to expire to begin your evictions. The law allows for evictions under the circumstances I have outlined. The landlords’ rights must be used in order to be recognized. Failure to exercise these rights will reinforce the general impression that all evictions are now illegal. This general impression in the minds of clerical personnel can be fatal when those personnel deny access to the judges who might know better.

This was written on March 24, 2021 and will be updated in the near future to take into account changes in the law that have since occurred or will occur. 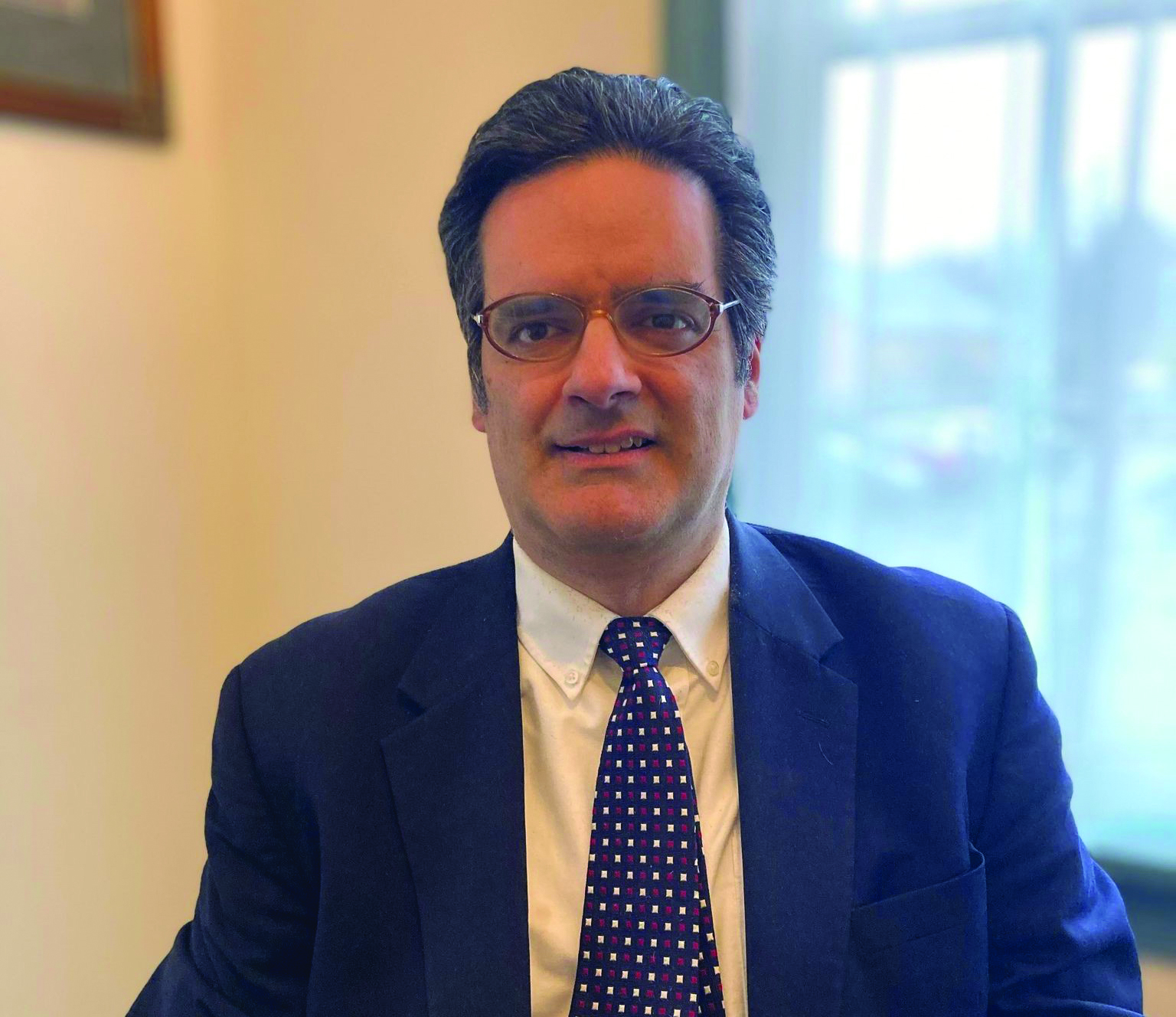 David Lanza is a real estate lawyer focusing on landlord representation throughout Pennsylvania. Mr. Lanza handles settlements on real estate transactions, evictions, municipal representation, and residential and commercial leasing. He has spent the past year advocating a coordinated investor response to the executive orders that now restrict the industry. He can be reached at (717) 730-3775 or djlaw@pa.net.