Investigations by the Pennsylvania Office of Attorney General (PAOAG) relating to businesses’ dealings with consumers are on the rise. It appears that the current administration believes that businesses are more frequently than ever dealing unfairly with consumers, and it is dead set on correcting this. Of course, in reality, most businesses are not unscrupulous and treat their customers fairly. This does not, however, make them immune from becoming a target of PAOAG.

The Pennsylvania Unfair Trade Practices and Consumer Protection Law (UTPCPL) and the Administrative Code of 1929 vest the PAOAG with the power to investigate “unfair methods of competition” and “unfair or deceptive acts or practices” by companies doing business in Pennsylvania. The statutory definition of these phrases is quite lengthy, consisting of 21 separate, prohibited acts ranging from deceptive advertising and pyramid schemes to unlawful telephone solicitations and excessive shipping delays. Perhaps this catchall definition best sums up the essence of conduct prohibited under the UTPCPL: “fraudulent or deceptive conduct which creates a likelihood of confusion or of misunderstanding.” Penalties for violating the UTPCPL include what you might expect: civil penalties and the payment of costs and restitution. However, these penalties often pale in comparison to the PAOAG’s power to obtain injunctive relief and/or forfeiture of the right to do business in Pennsylvania. Thus, it is imperative that companies handle such investigations properly.

Pay attention to the signs. An official consumer protection investigation is usually kicked off by a letter or administrative subpoena from a Deputy Attorney General assigned to the Bureau of Consumer Protection (BCP) demanding an extremely broad amount of information. This often sends the company scrambling for outside counsel before the deadline for production set by the PAOAG expires. However, there are often warning signs that trouble may be brewing. These generally consist of repeated correspondence from special agents of the BCP asking the company to respond to informal complaints filed against the company by consumers. In these cases, the PAOAG acts more like a mediator than investigator. While the occasional consumer complaint may not warrant the attention of the C-suite, repeated consumer complaints evidencing a pattern of misconduct should be addressed comprehensively and proactively to avoid the likelihood of an official investigation.

Hire experienced counsel. Perhaps this goes without saying, but hiring counsel experienced in consumer protection investigations in general and the PAOAG in particular is essential to a successful outcome. Using the same outside counsel that handles litigation matters for the company may result in an overly contentious exchange with the PAOAG, which while entirely appropriate in litigation often proves to be extremely harmful in government consumer protection investigations.

Communicate early and often. While the PAOAG’s opening salvo of requests to the company demanding every document under the sun may appear calculated to overwhelm and intimidate the company into an early settlement, it is most often the result of a lack of understanding of the company’s operations and record-keeping practices. This is completely understandable given the multitude of industries the BCP investigates each year. The fact of the matter is that the PAOAG does not want to wade through thousands of irrelevant documents any more than the company wants to collect them. A good starting point for all parties is a candid discussion about the nature and extent of the consumer complaints that most often precipitate an official investigation. Since any challenge to the PAOAG’s authority will often force it to explain why the requested documents are relevant to an investigation that it has the jurisdiction to conduct, many Deputies Attorney General will err on the side of limiting their original request to get the documents they need while avoiding the imposition of an undue burden on the company.

Lend some perspective. A Deputy Attorney General conducting a consumer protection investigation may be under the impression that 5-10 consumer complaints against the company for a specific transaction or series of transactions is significant. However, this may be a miniscule number when compared to the total number of transactions conducted by the company in a given year for which no complaints have been made. As a result, it is important for counsel to educate the PAOAG on the full scope of the company’s consumer operations to lend the PAOAG the proper perspective. This may in turn lead the PAOAG to close its investigation early and devote its limited resources elsewhere.

Use caution when settling. The UTPCPL allows the PAOAG to enter into an Assurance of Voluntary Compliance in order to resolve an official consumer protection investigation. But these agreements can be onerous, allowing the PAOAG (by agreement) to monitor the activities of the company and investigate matters that would otherwise fall outside of its jurisdiction. These agreements are also publicly filed, and may be accompanied by a loud press release that will dog the company on the Internet for years to come. Therefore, it is important to understand all of the consequences of any proposed settlement before the company agrees to it.

To avoid unintended consequences, companies who find themselves in the crosshairs of the PAOAG should consult immediately with an attorney who is familiar with and experienced in these types of investigations. 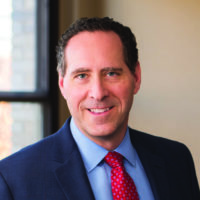 Steve Williams is the managing partner of the Harrisburg office of Cohen Seglias Pallas Greenhall & Furman PC, the chair of its Commercial Litigation Group, and co-chair of its Consumer Protection Defense Group. Steve can be contacted at swilliams@cohenseglias.com, or (717) 234-5530.